Are you a maker? Or a manager? 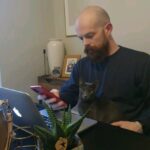 A chap by the name of Paul Graham wrote an article in 2009 that people still talk about today. Paul’s the founder of startup accelerator fund Y Combinator and the article’s called Maker’s Schedule, Manager’s Schedule. It’s a short piece of thought leadership on time management.

Essentially there are two types of working schedule. There’s the Manager’s schedule:

“It’s embodied in the traditional appointment book, with each day cut into one hour intervals. You can block off several hours for a single task if you need to, but by default you change what you’re doing every hour.”

The Manager schedule is what most people in a corporate or commercial job will be used to. Your calendar usually looks like the end of a game of Tetris, you change activities and tasks regularly – usually every hour or half hour – and while your day’s often busy, it’s divided into multiple, small chunks of time, which means it isn’t always a complete disaster if you need to move things around.

A logistical nightmare, yes, but it’s doable. Then there’s the Maker’s schedule:

“…another way of using time that’s common among people who make things, like programmers and writers. They generally prefer to use time in units of half a day at least. You can’t write or program well in units of an hour. That’s barely enough time to get started.”

The Maker’s schedule is for creatives. They like working in large, uninterupted blocks of time. The nature of their work dictates you often need that to get in the zone in order to properly crack a task. Maker’s also aren’t the biggest fans of meetings, mucks up their whole day.

So this is time management according to Paul Graham. You’ve either got lots of little slots or a few big chunks.

Now I’m going to take this thinking in a relatively elaborate direction.

Because binaries are convenient filing systems for humans. Convenient, but not particularly accurate in the way generalisations often are. Life is rarely black and white, but in my own personal experience there are only two types of people:

Dogs are the Managers in this situation. They get their energy from people and activities. They’re almost always down for a walk and talk, will drop whatever they’re doing for a new ball and a scritch behind the ears, and are at their most active during daylight hours.

Cats on the other hand get the zoomies at 2am. These are your Makers. Come at them with an unwelcome scritch and too much stimulation and they’ll make it violently clear they don’t appreciate it. They have limited patience for most humans but will sit in a box for 8, 9, 10 hour stints perfectly happy in their own little world.

Dogs are activity and people led. Cats are vibe led, preferring to conserve energy and invest large chunks of time in stalking pigeons, sleeping, and being cute.

Again, life isn’t always black and white. You might be 80% cat and 20% dog. You might feel fifty-fifty some days and a hundred on others. In a general sense though, you’ll typically lean more towards one or the other.

In many ways, I am unreservedly a cat. My girlfriend said it would be funny if I included this in a piece of content so here goes: she is most definitely a dog in this context (said with love and permission).

She’s a teacher. Her time is managed like a military operation. Playground duty until 8.55. Then it’s line ups. 8.57, back inside. 8.58, register. Bell goes at 9. First lesson and you’re off. And you don’t really stop until you leave the building that evening. She likes to get up early and gets her energy from seeing people and doing things.

Then there’s me. The opposite.

I’m a writer. I would combust if I had to work to that schedule. It would ruin my energy and make writing anything practically impossible if I was switching up what I was doing every few minutes. I often need a few hours just to read. I often write my best stuff at weird times during the night.

Some working schedules just don’t work for certain people. Although granted, this is largely based on the role they perform.

But dogs and cats, makers and managers work well together. They compliment each other’s skillsets, catch each other’s blindspots, and pick up the slack where the other can’t. I think it’s hard for a good team to function without that kind of variety. But work is overwhelmingly geared to cater for only one of these types.

From experience, work is set up by and for dogs. Managers.

The Manager’s schedule benefits CEOs and executives. It empowers decision making, enables you to get in front of lots of different stakeholders and across multiple different business areas.

9 times out of 10, people structure their business based on what works for them. Which means most of us – unless our role demands it – will be working on one kind of schedule. Yet we know this doesn’t work for everyone.

Here are a few resources that can help with that:

Certainly a decade ago – maybe even just a few years ago – it would be unlikely we’d be having conversations about wants and needs, time and energy management.

This is about making work inclusive for everyone. And so much of that is just about listening. It often isn’t massive change that’s needed, but an awareness and understanding to start with.

Is it time employers started asking:

“Do you prefer working to a full and varied schedule? Or would it suit you better to have fewer, focused priorities?”

Are employees in a position to say:

“This is what works for me.”

Is that even feasible?