What the f*ck even is mental health? 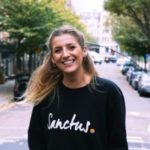 To give you some context. A few weeks ago I couldn’t sleep. I wrote. I’ve never really done that before. This is what came out…

By no means is sharing this easy but I hope that it will help some people that may be struggling to feel less alone.

With all of my love.

P.s. Please excuse that it’s kinda poorly written – lolz. I haven’t really edited it as I just wanted to share what I wrote without even thinking.

Wtf do those two words even mean?

I say them a million times a day and deep down there’s still a bad connotation that’s ingrained in me as I do.

Every day I talk about how we all have mental health like we all have physical health. The only thing that really makes that click into place for me is thinking about people that go to the gym. They’re not necessarily unfit or outta shape (unfortunately I’m not included in that part )  just like working on your mental health doesn’t mean you’re necessarily struggling. (Nor that haha)

It’s weird. I’ve always been an advocate for normalising the conversation around mental health.

From a young age I’ve known people that have suffered.

I joke about the fact I wash my hands constantly.

And how I take photos of everything before I leave the house.

Or how I kept thinking I was pregnant without having sex when it was actually just depression. (even though I’d had depression before) lol

I joke about the things I know how to manage (to a certain extent).

Or the things that are in the past. It’s not that they’re not tough sometimes or weren’t tough but I’ve learnt to not be ashamed of them.

There are parts of my “mental health” I don’t really talk about and to be honest I never really see being spoken about.

When I came into have lunch with the glorious Sanctus team a week before I started and I was chatting away with everyone. I was actually sitting there in loads of pain with cuts at the top of my arm from the night before.

About to start my dream role supporting people to talk openly about their mental health and I’m sat there laughing away like I was the happiest I’ve been.

Now don’t get me wrong of course you’re not going to tell people you don’t even know something as personal as that in your welcome lunch. That would be a bit much. Even for Sanctus… (although they probably wouldn’t think so.)

Why do so many of us so openly say we’ve struggled with our mental health fairly easily now. But the other stuff.

The ‘what that actually means’ stuff from our experiences… god no.

You would never say THAT.

To me it’s embarrassing and I’m ashamed.I can’t help that I feel that.

And please know that I’m not saying it’s how you should feel.

It’s just for me, I can’t help but feel those feelings.

I guess I’ve “self harmed” on and off since I was about 14. When I was younger I’m pretty sure it was an initial phase (I know quite a few went through) which then, for me, developed into a coping mechanism when I felt low or even a punishment to myself.

It then became almost habitual like it was just what I knew to do if I didn’t know where else to turn. It took my mind off what was going on or how I was feeling and to focus on the pain or covering it up… I think?

I hadn’t done it for yeeeeears until last year. (something like 8 years I reckon) But I guess last year was a tough one for me, for various reasons and drinking definitely played it’s part in there.

Sure it would sometimes come into my head before last year but it would pretty swiftly get the fuck out too.

I was at a loss of how to cope with stuff going on in my life and I felt lonely.

I guess It was the only thing I knew what to do.

Tbh I don’t even know.

I was in a bad head space. I’d had a few drinks. It happened. I immediately regretted it. Same thing about 6 months later. (Ya would have thought I’d learnt?)

I can’t say it will never happen again but I can be pretty bloody certain I’ll do everything I can so it doesn’t.

All of these things we don’t tend to publicly talk about like we do “mental health” I’m not saying that’s right or wrong but I think what I’m wondering is why.

But I guess what i’m saying is I think sometimes I get scared that the blanket term mental health can take away from the poor side of mental health. We say it so much as a society and talk by using those two words and I think it’s too easy sometimes.

I think it can glamorise it in a weird messed up way. I don’t want the people who are struggling to feel lost or even more alone.

I also don’t want people that aren’t deeply suffering to feel like they don’t deserve a space to talk.

It’s a weird one.

Yes we all have meant health. There’s a spectrum. Good, poor and somewhere in between.

Wherever you are we ALL deserve time and acknowledgment.

It’s midnight right now. I have no idea why I can’t sleep and then I randomly just started writing this legit like word vomit.

I want people to know that when I talk about being open and not ashamed and for you to know you’re not alone In whatever is going through your head, I mean it.

Doesn’t mean I don’t feel those things too and definitely doesn’t mean it’s not bloody grim and terrifying to share.

If I have felt like I’m the only 28 year old that has had the dark moments i’ve had, I know others will too.

Know you’re not alone. There will always be someone that will relate to what you’re going through or have been through in some way or another, I promise.